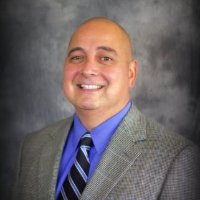 Mr. Mears got his start in the Commercial Printing Industry in 1994. Mr. Mears accepted a role in GM Nameplate’s Aerospace Group in 2009. Today, as Vice President of Aerospace he leads the day to day activities for GM Nameplate’s Aerospace Group, where this group has become not only an industry leader, but also a Key Supplier to Boeing Commercial Aviation Services, Boeing Commercial Airplane, and Boeing Defense, Space & Security. Under his direction the company has expanded the Global Partnerships with Key Tier 1 and Tier 2 Suppliers to The Boeing Company. The GMN Aerospace Group’s focus of customer engagement through communication and collaboration has help excel in broadening its scope of vertical integrated offerings to the Aerospace Market. He helped lead and define the strategy for GM Nameplate to achieve back-to-back-to-back awards as Boeing’s Supplier of the Year in Interiors in 2009, 2010 & 2011.

GMN Aerospace is one of the Product Identification Industry’s Largest and Most Vertically Integrated companies supporting Aerospace in the world, supporting the Industry with Mandatory Interior and Exterior Markings, Large Format Flyaway Graphics and Decorative Injection Molded Components and Sub-Assemblies.