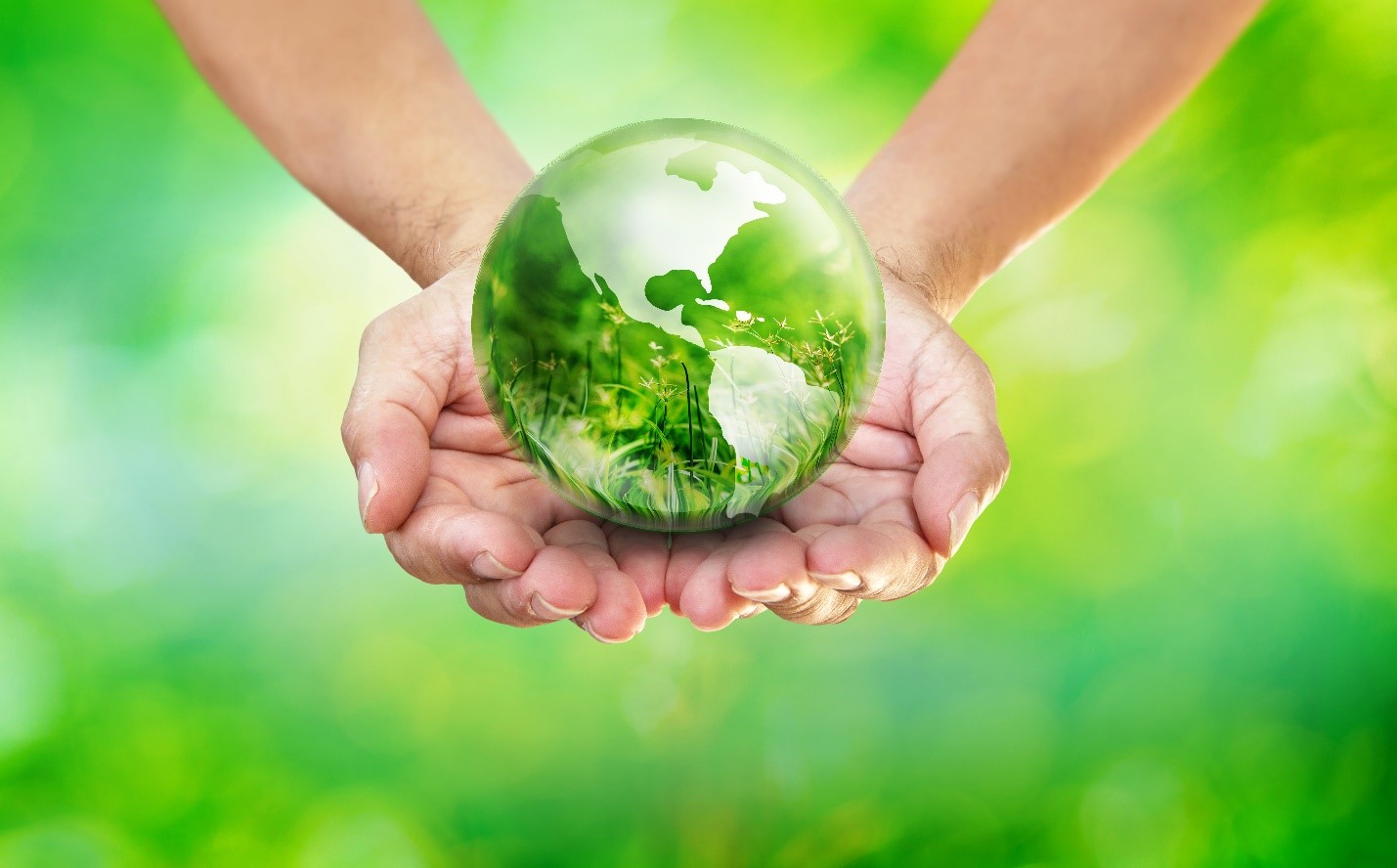 CREATE YOUR OWN LIGHT

First of all, I want to thank everyone who posted, texted or emailed in their views of the light that’s emerging in this dark moment in history.  Your insightful comments have and will continue to encourage lots of folks in the days ahead.

This morning I received a call from a good friend who felt moved to reach out while he was out for a nature walk getting his exercise.  Ron Worman is the most brilliant business strategist I know.  I call him the “Whiteboard Guy.”  You give this guy a business problem, a whiteboard and colored markers and you’re in for an exciting ride with an even better conclusion.

While our conversation began with his comments on our last article “There is Light in this Darkness,” it very quickly moved to Ron’s insights on his strategy for getting through all the COVID-19 stuff.  His comments brought to mind numerous examples, past experiences, breakthroughs and successes that we’ve observed in nearly 43 years in the corporate and personal transformation business.  Ron reminded me of the story of Admiral James Stockdale, the highest-ranking military officer to spend seven years as an incarcerated POW in Vietnam referenced by Jim Collins in his bestselling book Good to Great referencing what he calls THE STOCKDALE PARADOX

According to Collins, the Admiral became excellent at managing his thoughts by balancing optimism with what he called the current reality.  As shared by the Admiral, the POWs who focused on the war ending and being home their families by Christmas, were able to endure the torture until Christmas and then collapsed in depression.  Then, when they were still incarcerated after the new year, they would focus on Easter followed by Thanksgiving to get them through all the misery, only to collapse in depression again.  This post-holiday depression apparently was so devastating that many of the POWs gave up and died of a broken heart soon after the appointed holiday came and went a few times.

As a matter of scientific fact (the way we’re wired mentally), when our mind locks onto a specific time frame for a desired goal or outcome to take place in the future, our brain subconsciously blocks ourselves from any possibility of achieving the desired outcome any sooner.  Not only does our creative thinking shut down and not allow any other possibilities or strategies to manifest, our emotional energy, drive and motivation collapse as well until we reach that fixed point in time.  Then, if the desired outcome does not occur as we anticipated, we become depressed.

Unfortunately, most people spend 90% of their time trying to change things that can’t be changed because they are out of their control.  As a result, they spend no time working on, or even thinking about, what they can change that’s within their control.  The result is that they become so frustrated with their lack of results that they never change anything.  They then accept the belief that they can’t change and become depressed passive victims of their circumstances.  Stockdale’s experience as well as that of the POWs who died of broken hearts seems to validate this bit of brain science.  He refused to become a victim of something that was out of his control and focused on what was in his control to change, namely, his own beliefs, attitudes and effort.

Admiral Stockdale chose to approach adversity with a very different mindset.   He learned to accept the reality of his situation while maintaining the belief that he would prevail in the end, regardless of the difficulties.  As opposed to hiding from the difficulties of the current moment, he learned to not only accept but embrace them.  By focusing on making the most of his current moment or circumstances, while keeping his spiritual and emotional eyes on the final desired outcome, he not only overcame all the torture and hardship, he achieved his ultimate goal of getting home, free, safe and alive.  How can we apply this principle in our current situation?

What are You Training Your Mind to Embrace?

It’s apparent that the holiday goal setters thought they were training themselves to look forward to the holiday release as a coping mechanism only to find out that they were training themselves how to die of heartbreak.  Conversely the Admiral was making the most of every moment while training himself to prevail over seemingly insurmountable odds.  The difference, he not only succeeded, he lived to enjoy freedom with his family liberated after seven years while the others perished in the Hanoi Hilton POW camp never to taste freedom again.  Which category do you fall into?  How about your team?

It’s so easy to stop the anxiety that we feel over the current crisis by focusing on the date that the experts tell us it will be over.  But what happens if it’s not over then?  What happens if it should get worse?  Do we just set another date and hope for the best and think positive?  But then, how do we deal with the next crisis?   Is positive thinking always the answer?  In this case, it apparently wasn’t.

Perhaps the better question might be “what kind of thinking produces our best, most sustainable desired outcomes?”  One of my friends, Dr. Al Erisman Ph.D. formerly served the Boeing Corporation as their Director of Mathematics and Computing Technology.  When I first met Al, he’d retired from Boeing and was serving as Executive in Residence, teaching classes at a local university while finishing a great book on leadership.  Al told me a story about his experience interviewing the whistleblower at Enron Corporation during his book research.  The book was about leadership values and ethics.    Did you know that Enron’s top corporate value was integrity?   Yet, as I recall the story, according to Al’s interview, it was the unwritten value of positivity that took Enron down.  According to Al’s insights obtained from this individual very close to the action at Enron, whenever anyone came into the C-Suite with anything but good news, they were shouted down for not being positive.  “We have a positive culture around here” became the unwritten but frequently spoken corporate mantra.   After lots of shouting down and shutting down, of course, folks stopped speaking up and the rest is history.  After all, which of us ever wants to be accused of being negative in our beautiful, happy-happy, warm-and-fuzzy, politically correct, super-positive corporate culture world?  Corporate executives incarcerated, nearly 30,000 employee jobs lost, $74 billion in shareholder losses, billions in employee pension benefits decimated.   You know the rest of the Enron story.

The best definition of optimism that I ever heard was NOT “seeing the glass half full instead of half empty.”  It was Dr. Martin Seligman’s definition in his excellent book Learned Optimism.  The book is very appropriately subtitled “How to Change Your Mind and Your Life.”  According to Seligman, a former president of the American Psychological Association, pessimists learn to be optimists by thinking about their reactions to adversity in a new way. The resulting optimism—one that grew from pessimism—is a learned optimism.

Dr. Seligman asserts that optimists are defined by how they respond to adversity rather than how they  view glasses of liquid full or empty.  Optimists, according to Professor Seligman, are defined by “the way that they think about setbacks and the way that they think about victories.”    Optimists believe that setbacks are only temporary, just a single situation and can be changed.  Pessimists, he continues, “believe that setbacks last forever and will undermine everything that they do.”  Conversely, according to Seligman, optimists believe that good experiences like victories are going to last forever, that they did it and the experience is going to help them in everything that they do.  The pessimist shucks victory off and believes “I didn’t do it; it’s just this one situation and it’s just going to help me in this one domain that I’m in.”

His amazing research establishes that the resiliency or the capacity to bounce back from adversity is demonstrated time and time again by optimists while pessimists (remember this isn’t about positive thinking) do the opposite.  He further demonstrates by his applied science that optimism (his definition) is a learned thinking skill and that this belief system can and does provide the competitive edge in almost every area of life and performance.  Applying what you learn in his book will not just help you get through this current crisis way ahead of your competitors, it will become one of your all-time favorites and most likely change your life as it promises.

How does what we can learn from Jim Collins, Admiral Stockdale, Dr. Erisiman, Enron and Professor Seligman make a difference in how we deal with the crisis at hand?

Train ourselves, our families and out teams to:

I’m certainly no expert, just an intentional observer who cares about you, your business, your team, your family and most of all, your future.  I might even be wrong or ever worse than that, “controversial.”

Yet, there is one thing I know is ABSOLUTELY CERTAIN: “IN TIMES LIKE THESE, YOU CAN EITHER STAND STILL AND CURSE THE DARKNESS OR YOU CAN LIGHT A CANDLE AND MOVE FORWARD.”  Imagine what a difference we can make if all of us intentionally light just one candle for someone else every day!  Stop waiting for light in the darkness of this crisis and CREATE YOUR OWN LIGHT!

STAY SAFE, BE WELL, DREAM BIG, and PASS IT ON!